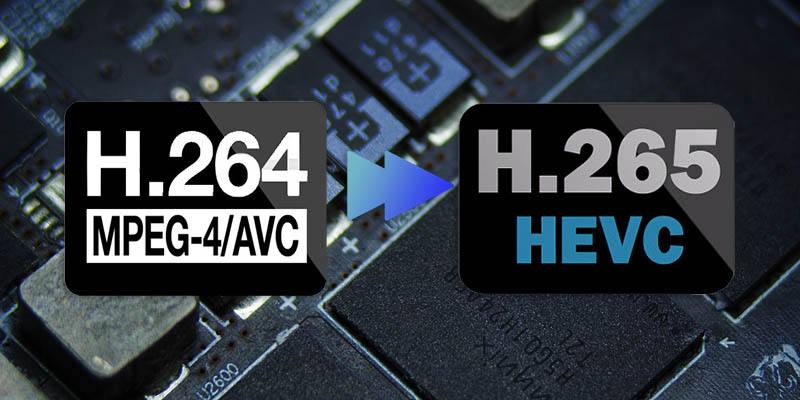 Also known as High Efficiency Video Coding (HVEC) and MPEG-H Part 2, H.265 is a video compression standard designed for the newest generations of high-resolution video. It’s a successor to the widely-used H.264 codec (also called AVC or MPEG-4 Part 10) and offers some major improvements over that now-aging compression scheme. H.265 was developed by the Joint Collaborative Team on Video Coding (JCT-VC), a group of video coding experts that started working on the compression standard back in 2010.

The H.265 codec offers some major improvements over the H.264 codec, which was first developed in the hazy days of 2003. There are far more improvements that we can cover here, but these are the highlights for consumers.

H.265 offers massively improved compression over H.264. The newer codec can achieve nearly double the compression of its predecessor. With H.265, a video of the same apparent visual quality would take up only half as much space. Alternatively, a video of the same file size and bit rate could be significantly better looking. Part of this improvement comes from an increased macroblock size. H.264 allows for only 16 x 16 pixel macroblocks which are too small to be truly efficient in higher-resolution video. H.265 provides for 64 x 64 pixel macroblocks (now called coding tree units or CTUs), allowing for greater encoding efficiency at all resolutions.

Video compression also benefits from analyzing “movement” within individual frames, allowing single frames of video to be compressed more efficiently. This can be achieved by essentially describing pixels with a mathematical function rather than actual pixel values. The function takes up less space than pixel data, shrinking file size. However, the codec must support a sufficiently advanced mathematical function for this technique to be truly useful. H.265’s intraframe prediction function is far more detailed than H.264’s, allowing for 33 directions of motion over H.264’s nine directions.

H.265 uses tiles and slices which can be decoded independently from the rest of a frame. This means that the decoding process can be split up across multiple parallel process threads, taking advantage of more efficient decoding opportunities on now-standard multi-core processors. With video resolutions getting higher, this kind of improved efficiency is required to decode video at a watchable pace on lower-end hardware.

The world is getting higher-res, and H.265 supports that. With H.265, video can be encoded at up to 8K UHD or 8192 pixels × 4320 pixels. Currently, only a handful of cameras can even produce 8K video, and very few monitors can display that kind of resolution. But just as HD is today’s standard, we can expect 4K and eventually 8K to rise to similar prominence eventually. 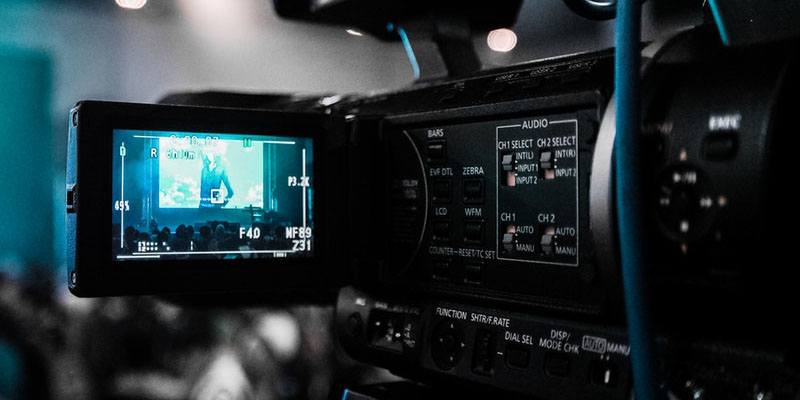 The H.265 codec is specifically supported by the current generation of Intel processors. The Kaby Lake line of processors contains special instruction sets for encoding and decoding H.265 video, as should future generations. This gives the codec a major speed and consistency advantage when compared to other high-res video codecs. Considering the popularity and technical superiority of the H.264 codec, it’s not surprising that Intel would choose to throw their hardware might behind its successor.

Of course, this doesn’t limit H.265 use to Kaby Lake processors, but it does mean that computers using Kaby Lake chips will play H.265 video more fluidly. And considering the computational overhead required to encode and decode high-resolution H.265 video is significant, this could mean a major difference between hardware- and software-supported implementations of H.265.

H.265 is still less common than H.264, but it’s rapidly gaining market share. Apple’s new iPhone and iPad operating system, iOS 11, will store all video files in H.265. The newest generation of MacBook Pros include the Kaby Lake-powered hardware support for decoding the codec. The video format will also be used in Apple’s tvOS and Safari web browser for streaming video.

Just last month Microsoft released a free extension for Windows 10 that adds support for H.265 video decoding. Netflix’s 4K content is streamed with the H.265 codec on supported hardware. YouTube, on the other hand, does not use H.265, instead opting for their competing VP9 compression scheme.

But with H.265’s greater efficiency, we’re likely to see that codec dominate the marketplace in the years to come.